The “Karen Jean”, a modern day sinking and rescue at sea.

On October 22nd 2014 the 55′ tug Karen Jean pulling a 110′ barge during a fall nor’easter sank about two miles east of Scarborough State Beach in Narragansett, R.I.  The 60-foot fishing vessel Merit  heard Karen Jean’s distress calls and went to help.  Putting their own vessel at risk Captain Sidney Smith of the F/V Merit, crew members Gary Detrick and Ernie Nicholson pulled the four shipmates of the Karen Jean from the water.  The barge, still connected to the Karen Jean by it’s towline after her sinking, was retrieved by another vessel but the Karen Jean remains on the bottom of Narragansett Bay.

Since the tug was rather small (55′) and in shallow water (90′) the dive team believed that the Karen Jean would be salvaged so we decided to kept our distance.  After the Karen Jean had sunk, and the barge was still connected to the Karen Jean, it would have been a simple task to narrow down her location by taking ranges from the beach, but why bother she’ll be raised soon.   July 2015 rolled around and it was obvious to us that the Karen Jean would be remaining on the bottom, for the time being anyway.  Doing some online research yielded three possible positions of the wreck, all falling within one-half mile of each other.   Armed with this information we loaded up the dive boat and headed to the area we had locations for.  We checked out all three spots using just the echo sounder on the boat and came up empty handed.  Not wanting to spend a lot of time looking for the wreck with a load of divers on board we decided to give it a try another day.  We took the short ride over to the wreck of the Black Point and had a fantastic dive with the underwater visibility better than anyone had seen before. 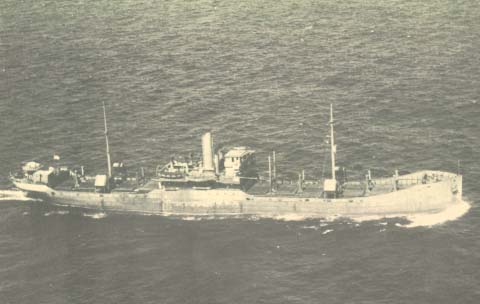 After our previously failed attempt to locate the wreck using the sounder on the boat we decided to step up our game and find her using the side scan sonar.  We loaded up the Adventurer with the Klein 3000 (plus dive gear) and headed out to find the wreck.  This should be easy!………. right? 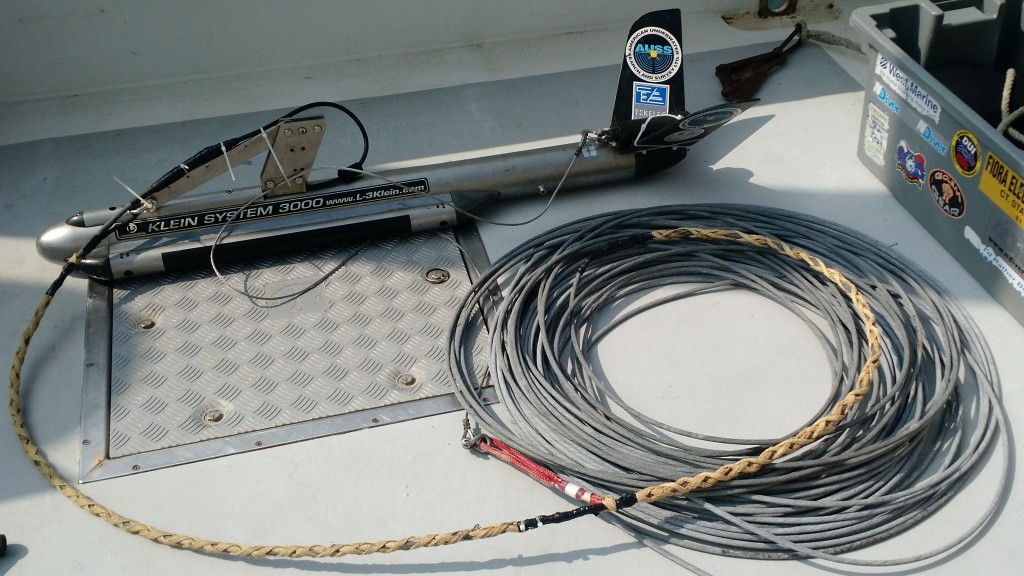 We laid out the three locations on the chart plotter and started our first pass in search of the Karen Jean.  We basically cut through the middle of the three locations and….  we didn’t see a thing.  Since the “Official” Coast Guard number was the farthest to the west we worked our way towards that location, past the location, and finally after three hours of searching we decided it was best to go to the east of our first pass and work east.  Of course on the next pass we went right over the top of her.  We missed the wreck on the first pass by about 100′ ……

So now that we know where she is, it’s time to take a look.

If you’d like to read a bit more about what else we found while looking
for the Karen Jean please check out my Facebook post HERE.