Sound Underwater Survey in the news: The wreck of the British freighter Lutzen

British Shipwreck Emerges From the Sand

A ship wrecked on Cape Cod in the 1930s was buried for years in the shifting sands. A survey in late September showed that it is slowly emerging from beneath the ocean floor.

Two marine companies, Sound Underwater Survey of Griswold, CT and American Underwater Search & Survey of Cataumet, MA teamed together to deploy a high frequency mapping sonar at the site of the wreck. The effort was in collaboration with Victor Mastone of the Massachusetts Board of Underwater Archeology and Calvin Mires of the SEAMHP, a maritime educational foundation.

The wreck is the British freighter Lutzen. It was on a voyage from Canada to New York in the winter of 1939 with a unusual cargo including 200 tons of blueberries. On the night of February 3rd, steaming in dense fog and rough seas, the Captain was unsure of his location. Thinking he was near the Pollock Rip Channel, he steered his ship westward and struck the shore of Orleans on the backside of Cape Cod. A high sea was running which pushed the freighter hard aground. One crewmember was lost during the wrecking due to heavy surf and rough conditions.

Efforts to refloat the ship were attempted over the next few weeks but were deemed futile after storm waves drove her further onto the beach and she was eventually “high and dry at low water”. The vessel was abandoned in place. In the ensuing years as the shoreline eroded, the ships remains became entombed. As decades passed portions of the wreck would occasionally become un-sanded for a time only to be buried once again.

For the past seven decades the Cape Cod shoreline in the region eroded at an average rate of 5 feet per year. As the shoreline receded, the ship’s remains became located in deeper water offshore. She now lies 400 feet from shore where the swifter tidal currents have begun to uncover more and more of the ship’s hull. One notable feature is that ship is at the precise location of the shoreline 78 years ago which allows the determination of accurate seashore erosion rates.

The September survey by the two companies shows that, while the bow and stern of the wreck are more exposed, the mid ship region of the wreck is still buried in sediment. The wreck is expected to become more exposed in the near future as the action of storm generated waves scour the shoreline.

Offloading cargo from the Lutzen in 1939. It is said that almost every family
on the outer cape ate blueberries for weeks after the ship was wrecked. 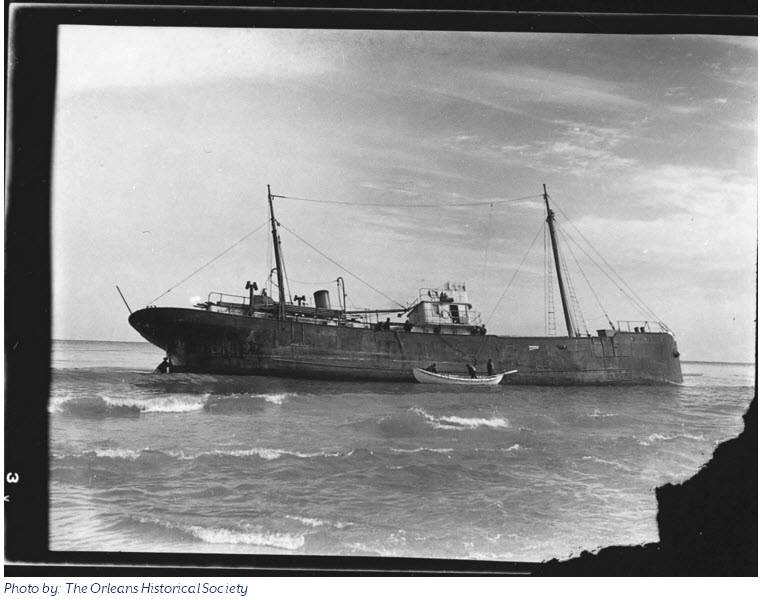 Mark Munro of S.U.S. and Story Fish of A.U.S.S. prepare to launch
the high frequency sonar prior to mapping the wreck of the Lutzen. 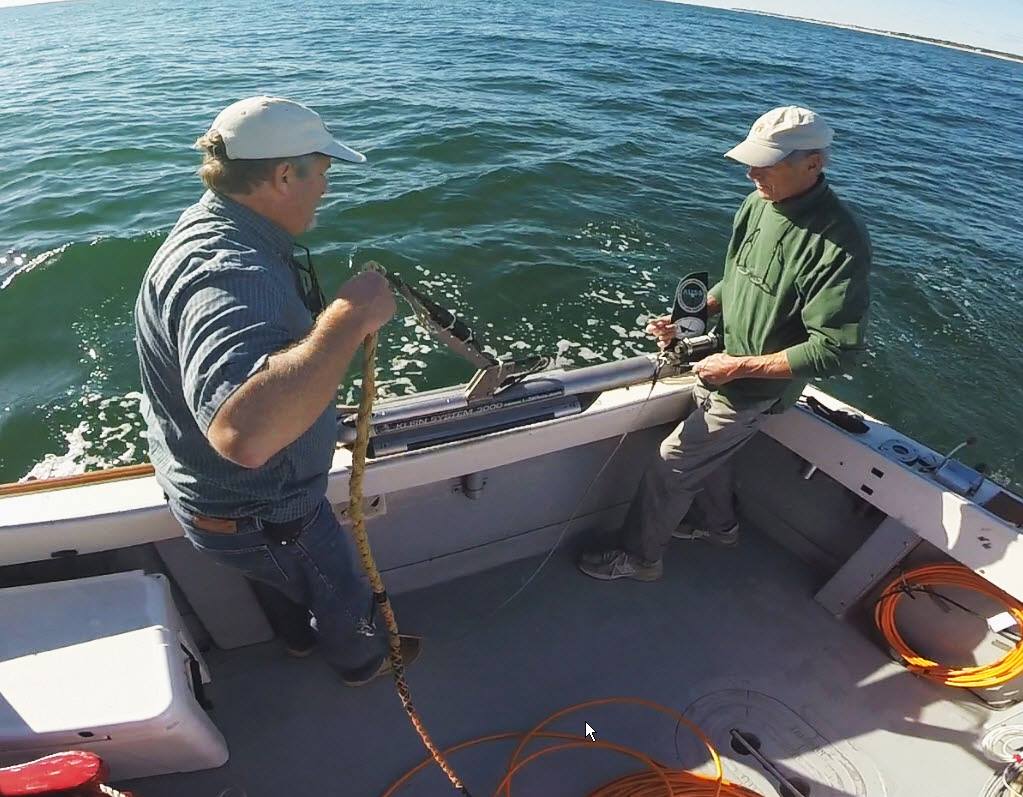 Sonar record of the Lutzen showing the amidships region buried in the seabed.
The short dark lines scattered through the record are small sand waves on the seabed. 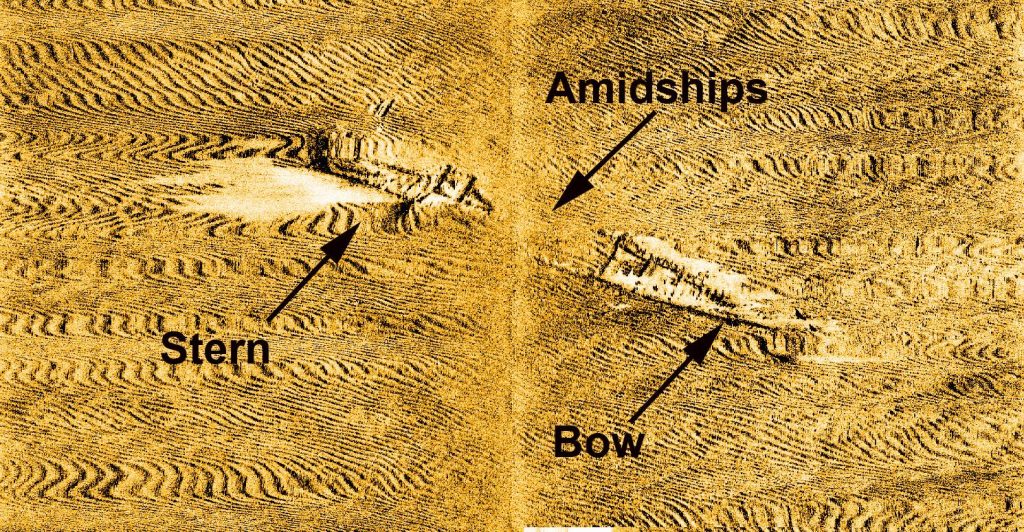