The Dubois (locally pronounced Do-boyz ) was named after the wife of the Rhode Island Supreme Court Justice Edward Church Dubois. Mrs. Jennie Roberts Dubois was a 4/64th owner in the vessel. Unfortunately to date we have not been able to locate a photo of Mrs. Dubois.

Designed to carry
3,000 tons of coal
or
2 million board feet of lumber

Here we see a picture of the Dubois under construction with her master builder, Willard Avery Hodgkins, surveying the progress of his vessel (left side of image, foreground). Mr. Hodgkins had been previously employed by Percy & Small of Bath Maine, who were probably the most well know builders of schooners on the east coast.

The captain of the Dubois was Edward Henry Smeed, shown here, extreme left, in a 1909 photo of the Palmer fleet captains.  He was at this time the captain of the Baker Palmer.  Captain Smeed’s task as master of the Jennie R. Dubois was to deliver coal along the eastern seaboard.

We’re all familiar with the oil tankers that ply our waters today. Coasting schooners like the Dubois were the oils tankers of the day.  They were used, among other things, to transport bituminous coal along the east coast.

Coasting schooners moved coal from primary loading ports in the south. To discharge ports in the north. This coal was used to fuel the industrial and home fires of the north. 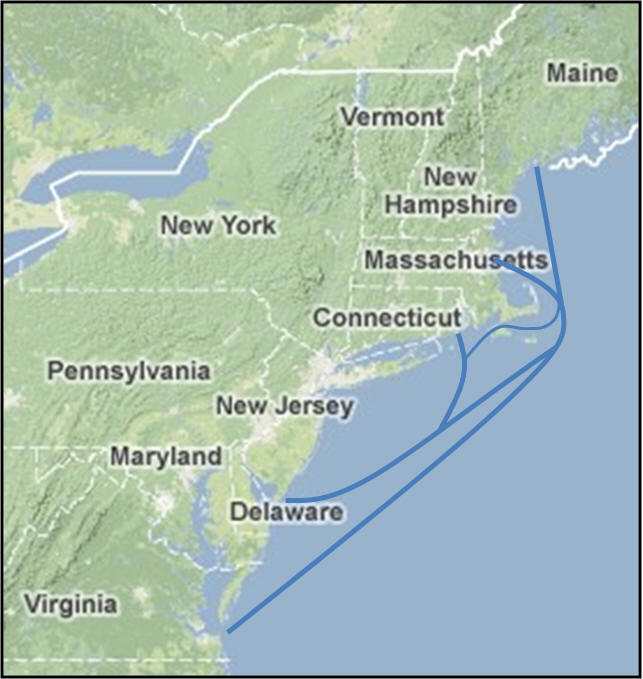 When the Dubois was launched she was the Grandest triumph in the history of Connecticut shipbuilding and said to be the best vessel ever built in Connecticut.

Her sinking and the search»